If you are a parent taking on the job in the digital age, you must have felt varying degrees of frustration at least a couple of times. You must have sighed once or twice, thinking of simpler times, when all you had to do was to keep an eye on the bad seeds of the neighborhood not to hang out with your son, and around your daughter. But in 2022, it feels like you are way over your head sometimes, that the digital world is kind of in your face, it has taken over every aspect of your child’s life, and you are just watching it happen, rather helpless and panicky. That has set a whole group of experts in areas like sociology, family psychology and internet technology co-thinking, and coming up with a few preemptive solutions to let you in and lead you along your child’s digital device. Here are the top 10:

upon buying your child the phone, the tablet or the PC, make sure they know it comes with a binding set of rules from the very get-go, they get to enjoy all the benefits and fun, if, and only if, they abide by those rules. Make sure you emphasize that having a digital life is an absolute privilege, and that they will be losing all that privilege, if they decide taking a little detour from the rules here and there is harmless. make sure they understand as long as something is officially a rule, it needs to be followed or there will be clear, specific consequences, the biggest of which is going to be losing screen time, usage of certain apps, and having their phone locked altogether, depending on the rules they have broken

2.Don’t overdo it with the strict attitude

There IS really such a thing as too much of a good thing. Setting rules is an absolute must in parenting if you really care about your child being raised into a well-adjusted, well-balanced adult, but it can go completely awry with only a tad too much strictness. You need to find a working balance between meaning business with the rules, and not being controlling, irrational, and overbearing. As soon as you make the carefully chosen, middle-of -the -road rules and their corresponding consequence known to them, leave them to enjoy exploring, and don’t be the ever-peeking, ever-suspicious, spoil-sport parent. The line might sound too fine at the beginning, but you’ll find the balance sooner rather than later.

3. the old “reward and punishment” works online too

We talked about deterring digitally bad behavior by threatening consequences in advance, but the system will rot from the inside when only the bad is punished, and acknowledging the good is neglected. They need to know when they are forgoing a fun but possibly harmful activity or app, they are obtaining something tangible in return. For example, they limit their usage of WhatsApp to one hour per night, instead they get to watch their favorite series that runs 10minutes into their bed time instead of watching the taped version tomorrow. Foster the culture of give and take, having them take comfort in the fact that obeying your rules is not going to pay off only when they grow into mentally balanced, successful adults, but they’ll have something to show for it within the next day, week or month.

4. keep negotiation as an ever-open option

Life is essentially an on-going negotiation, or it should be if it isn’t. As adamant as you need to be with the rules, you ought to give them the option of negotiating and renegotiating the rules, so that they don’t panic and feel suffocated, trapped in a dystopian world where the villainous overlord is their parent. They respond very well to being part of the negotiation when rules and policies are being decided, they like being treated like thinking, smart adults, and they really enjoy being more informed about modern concepts. So, let them argue their case, and get you to unblock a certain website for example, if it’s educational enough, or unlock searching certain words on Instagram if they are using it to improve their language skills, or be given freer reign with their WhatsApp use if they are acting responsible.

We’ve talked about setting rules for digital device use, like blocking or unblocking sites or apps, and allowing more screen time, or filtering search results of certain words, but how are you going to reinforce them if first of all you don’t know what’s happening in their phones, and second you have no way of enforcing those regulations. A parental control application is a piece of software you can’t afford to be missing from your digital parenting tool box, as it helps you take essentially preemptive measures towards your child’s mental health by preventing exposure to certain material, if you have decided they are harmful, and it helps you shut that world off altogether if they step sideways from your rules.

6.Don’t establish yourself as a spying pest

You created accounts in all the social media apps they are active in, and you follow them right away, didn’t you? They hated that, didn’t they?  Yes, pushiness is the biggest faux pas of digital parenting, as you are introducing yourself as the unwelcome parent, encroaching on their space and privacy, who is only there to spy on them. Children tend to look for loops to get around your intrusive presence by hiding things from you using the features available in social media apps, creating new anonymous accounts, and find ways to otherwise sneak around, and putting themselves in harm’s way as a result. Keep a respectful distance, while you build trust, and let them welcome you to their digital space, while you use parental control apps watching them indirectly.

7.Get hip with the digital latest

You can not possibly NOT know what the apps your child use are, how they function, what goes on in them, what kind of people are there,.. and do a good job of digital parenting, that’s simply an impossibility. You need to learn about each and every single app or popular website, you need to know almost everything your child knows and might be doing or being exposed to there, to make reasonable, informed decision as to whether they are allowed to be there or not, how much time counts as destructive or constructive, and where, both in the virtual and actual world you should consider off-limits. Not only that, your child will never respect your opinion and the resulting rules if they know they are coming from ignorance and fuddy-duddy-ness.

Knowing what is going on between your child and their peers, on their screens, doesn’t quite cut it, as you’d still be an outsider in that world. You need to be an active participant in there, but -at least- appearing to have your own life and agenda, and not come off as you are there for the sole purpose of keeping an eye on them, they will end up resenting you and shutting you out. Be an Instagram, TikTok, and Tweeter user, if not posting material on a daily basis, but a regular liker ad commenter. This way your teenager will talk about the digital content to you, share things with you, and respect you as a tech-savvy, “with it” equal, rather than a passive has-been with old-fashioned ideas and hobbies.

You need to make sure your child knows that they can talk to you about practically every part of their digital experience, form what is spoken in their convos there, what decisions they make based on the content they have seen, what plans they are making with people they have met there, to even the rules you have set for them. You need to keep informed about their online affairs or you will be putting your life in danger. Maintain a behavior pattern so that they don’t feel coming to you is like going to their warden, but to their guardian angel/friend. Encourage them to come to you with almost everything, that way they will let you set boundaries a lot more willingly, and parent them in their beloved digital world a lot less reluctantly.

Digital parenting is basically a combo of seemingly contrasting approaches, skills and attitudes. You need to set strict rules, but not be overly strict about them, you need to establish a presence but not rub that presence in their face, you need to be hip but not trying too hard to sound and seem hip, you need to be a negotiator but not a door mat, you need to let them talk to you about anything, yet apply consequence. While a happy in-between needs to be found in all the above, one single digital parenting tool is a constant, a parental control app. One that makes monitoring, filtering, and setting boundaries easy, lets policy change request and negotiation on the child’s part possible, and makes applying the changes convenient. Look up Safes family app again for all those qualities, and more. 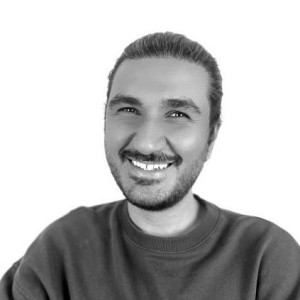